How much change in nitro content will show indications of performance change outside the test cell/dyno, on the water? I have been told by a few reliable sources over time that nothing is seen in engine performance until there is a 10 percent nitro move (up or down respectively) Some say they have seen noticeable changes with just a 5 percent move. Understanding that pipe, prop and setup play a factor; looking for possible "back to back" or similar test opinions..

As you say many things effect performance. Sometimes 5 can make difference. Most times 10% will. But Not always a better performance. The volume of the headbutton will have a lot to do with it.
It is very possible going from a great running boat on 30-50 percent and then jumping up 10% may not run as good. You have to have a boy set up to burn the high nitro and be able to deliver more fuel.
Like every almost answer, it is a combination of things.
M

What you might want to look at is how inconsistent the nitro percentage can be. I have also had fuel that the oil percentage was way off. I have had fuel that was supposed to be 60% that hydro'd out from 35% to 92% (that's right). When I got the 92% in the middle of the last race of the year it cost me any chance of the high points championship in UNW. The motors will not fire with a nitro content that high. Since the nitro is the most expensive ingredient it was obviously a goof up on the manufacturers part. I never take a gallon of fuel to a race that I don't hydro first and mark the jug with the percentage. It makes me wonder how many times over the years I have chased boat problems (that nothing seemed to help) when the issue was improperly mixed fuel. Now when I get weird problems I always look to the fuel. Best way ascertain fuel issues is to try it in two different boats and if they are both having the same problems I know it's the fuel.
S

What do you use to test the Nitro % in the fuel?
What fuel had 92% Nitro in it when you tested it?
Was it mixed at the race or from a supplier?

I use a bulb style hydrometer for nitro but you can get electronic ones as well (they look kind of like an electronic meat thermometer). I also have one that is used for synthetic castor oil and methanol. I got my testing stuff from Good Vibrations motor sports along with a beaker and thermometer in a kit (it also comes with a % correction sheet for temperature of the fuel during testing).

The 92% fuel was from a supplier that our club used in about a 40-50 case order. I had already used two gallons of fuel from the same case and it was fine so it was confusing until the second boat wouldn't start either. I borrowed some fuel and boom the motors fired right up. The manufacturer made it right after the fact, but it really sucked to lead the points in a tight battle in an 11 race points championship to lose any chance of racing into the title because I had boats that wouldn't start in one section just from opening a new jug of fuel literally from the same freakin' case. A friend with a hydrometer at home took a couple of jugs home after the race and hydro'd it out to 92%. That's when I bought testing equipment. Racing is always the same no matter what type. Fix the problem so it never happens again and wait for the next one.

What I will say is it wasn't Torco which hydros out as the most consistent but some of us also had a funky batch from them one time 4-5 years ago (oil content too high). But even Torco will commonly have 1-3% variance. I also find the Torco easiest on glow plugs and bearings plus the motors starts easier but I have no idea why. Better quality ingredients would be a guess. I test all the fuel I think I will need for the year and reload the cases with fuel that's as close to the same nitro % so I have less tuning issues on any given race day. It's also worth eyeballing the color of the fuel. If a batch of fresh fuel in the testing beaker looks markedly more red or less red than the other fuel being tested it's a good indication the oil % is off. Overly red indicating too much oil and too light not enough. That's why I got a hydrometer for the oil as well. The only time I ever granaded a motor (CMB 67 Hydro) was because the oil was just 10%.

Bottom line I will never take fuel to a race I haven't tested regardless of who manufactured it. My trust is gone and who needs the aggravation on race day.

In my mind what with the cost for a gallon of high nitro boat fuel (by the case especially) this just shouldn't be an issue. Sloppy quality control.
Last edited: Oct 14, 2019
M

The Enderle Hydrometers from Good Vibrations is a good one to use. It is a glass bulb style hydrometer with the temperature calibration built into it. Also a reasonable cost. Have used this type for years on a top fuel drag boat before switching to the electronic type. I use the Enderle one for the RC stuff.

Like Mike Cathey has found, I have also found that when you start checking some of the fuels, the nitro % can easily be off. With using a hydrometer, at least you know where you are at/point of reference. If mixing your own fuel you can hone in on the exact percentage desired.

Great info. But can it be checked once it's all blended together ? Or you check each one individually when mixing components ?
M

Absolutely it can be checked after mixing.

Mike Cathey said:
Absolutely it can be checked after mixing.
Click to expand...

So in nut shell you'll need hydrometer for nitro , methanol and oil ? How can you get specific gravity for different oil manufactures...or not needed ?

Just curious? How do you account for the oil? You'd havta know the percentage and SG, no?
M

The hydrometer is graduated in percentage. Most fuel has about 18% oil.

My method probably isn't very scientific. I have just taken hydrometer readings on oil and methanol on multiple samples of fuel that I know is good and have an average to use as a baseline like Mike Rappold was saying. I have tested probably 50 individual gallons of fuel in the last three years. I take my testing kit to the races with me and have tested some fuel for others that are having issues or are curious.

For the most part the oil and methanol are way more consistent than the nitro seems to be. I test for nitro first and if it's off I test the other stuff.

I have always been told that you should not expose fuel to the open air as it tends to absorb water. Maybe somebody else has direct knowledge of that.
M

Alan Elzer said:
So in nut shell you'll need hydrometer for nitro , methanol and oil ? How can you get specific gravity for different oil manufactures...or not needed ?

The float type of hydrometer is placed in the fluid. Depending upon the specific gravity of the fluid, the hydrometer will float higher in the cylinder for high nitro % and then lower for low nitro %. There is a calibrated scale inside the hydrometer. You read the nitro percent where the scale meets the top of the liquid surface. The Enderle type also has a thermometer built in to measure temperature of the fuel. The warmer the fuel, you add a specified percentage back to the float reading, if cold, you subtract from the reading. Since you are measuring the height of the hydrometer floating by eyesight, real small changes are hard to detect.

When measuring premixed fuel, I do not know how you would measure the oil percentage - other than knowing what the supplier states.

I was a little skeptical at first but with the hydrometer not changing before and after adding the oil it makes sense. The SG of our oils is very close to 1 (castor is .959, Mobile Jet Oil is 1.0035) so oil won't make the liquid any "heavier".

You can get a good idea how much oil is in a mixed fuel by taking a known amount and letting the alcohol and nitro evaporate, then see what's left and compare it to the whole amount. A gram scale works well as (again) the SG of our oils is close to 1.

Hey Mike R: Did you ever try some prope in you drag race fuel? How much nitro do you normally run?

Danny King said:
As you say many things effect performance. Sometimes 5 can make difference. Most times 10% will. But Not always a better performance. The volume of the headbutton will have a lot to do with it.
It is very possible going from a great running boat on 30-50 percent and then jumping up 10% may not run as good. You have to have a boy set up to burn the high nitro and be able to deliver more fuel.
Like every almost answer, it is a combination of things.
Click to expand...

I did a "back to back" test and noticed a slight improvement on the launch. This was done with a boat, engine pipe prop set up that runs good. Not as good as whatever you had going on this past weekend But better on my current platform.

In my twin and single boat I ran 40% this weekend. Same plugs all wknd even when I broke a crank. 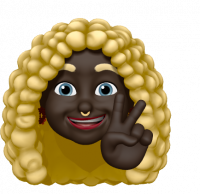 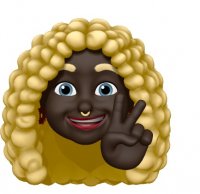 Proof we don't need to run high nitro to go fast as your boats were wicked quick.

Norm Doerr said:
Proof we don't need to run high nitro to go fast as your boats were wicked quick.
Click to expand...