So, I designed this kit probably a year or more ago, and had a kit cut, dry fitted it, and never had a chance to finish it. I have been ramping up my gas hull/ kit program this year, and decided it was time to get moving again along side the new rigger, CP Kat molds, and new gas mono, as well as an in-design IMPBA legal pickle fork thunderboat kit.

A little history on my gas sport hydro. The current GSX-480 kit has been out for probably 6 years or so, and white it just won the Gas Nationals this year, driven by Curtis Maglinger, I still want to get this new design on the water, and see if my thought process works the way I envisioned. This hull as asymetrical sponsons, not only in width, but length as well, the front center section is asymetrical, the sponsons have shingles unlike the original gas sport, the center section has a wider transom, making it lookg more like an actual sport hydro, instead of a modified rigger. A new cowling mold will be made that is easier to fit on the hull. The cowling plug shown is my rigger cowl, and was just put on to see how it looked, but will not be used for this kit. This kit is easier to build than the first gen kit, but stronger due to the dowel support system like my smaller GSX lineup. This kit also utilizes the truss frames for the outside of the center section, adding more room to the engine well area, yet keeping strength. So, there you have it, a totally new design, really unlike anything currently produced! The first photos are just the dry fitment, which has been disassembled, and I am now building it back, starting with the sponsons.

I have the sponsons framed, the air relief sheeting has been added, but not pictured yet, and I am making templates for the rest of the sheeting, and adding those pieces now. More soon!

Now on to the build...Sponsons first:

Got the sponsons sheeted last night, and templates made. Im going to make some ply frames for where the basswood sticks currently are. I forgot about that area being shingled, and the basswood sticks have to be shaped to deal with that..not a good way to do it, so I will update that issue.

Looks great, Mike. I'm very interested to see how the asymmetrical sponson design performs. I think the shingle type sponson bottom will be beneficial. I'd be interested in building one of these when kits become available.

Keep up the great work.

Thanks Dean, hopefully it does what I am thinking it will. Please do keep it in mind as I get the development portion finished. Talk soon!

Here we go. Time to build the center section so I can begin the cowling plug and mold.

I use 1/2" dowels to line everything up. You have to be careful if CA'ing the frames as the dowels will stick if not careful when you might not want them too! If you have them cut like you want, then leave them in, and trim off the overage like I ultimately did:

Now you laminate the engine well frames. Be careful, dry fit them FIRST before gluing as they are Right and Left specific, and the short frame has to be on one particular side, which is shown in the etching on the center section bottom pan.

More photos of the engine well framing in a bit, which will show where they should be located.

You will only laminate 1b and 1c at this time..1a will get bonded once all the center section frames are fitted to the bottom pan.

Also be sure that 1b is in the middle, and 1c is the forward frame as it has toy tabbing that locks into the bottom pan.

Here is a layout of all the crossmembers:

This shows the engine well layout:

These 3 parts will be held aside until a little later in the center section frame up.

Now take your time, be sure no CA or if you used epoxy, has flowed into the framing locations. I would also suggest sanding the ends of the crossing frame ends so they will push all the way up against the truss system parts properly.

Clamps and weights to keep it all square. Be sure all the toy tabs properly seat to the bottom pan before beginning any gluing

Now you can fit the angled frame number 7. I suggest a razor blade to shape the angle in the front of the truss and engine well forward to aft frames so crossmember number 7 lays nice and clean against them.

Add the front floor under frame 7 and 6, then add the quarter round part:

Now you can add the front top crossmember which is a tab for the future cowling to lock under:

Now you can bond in the rear most frame 1A to the transom: 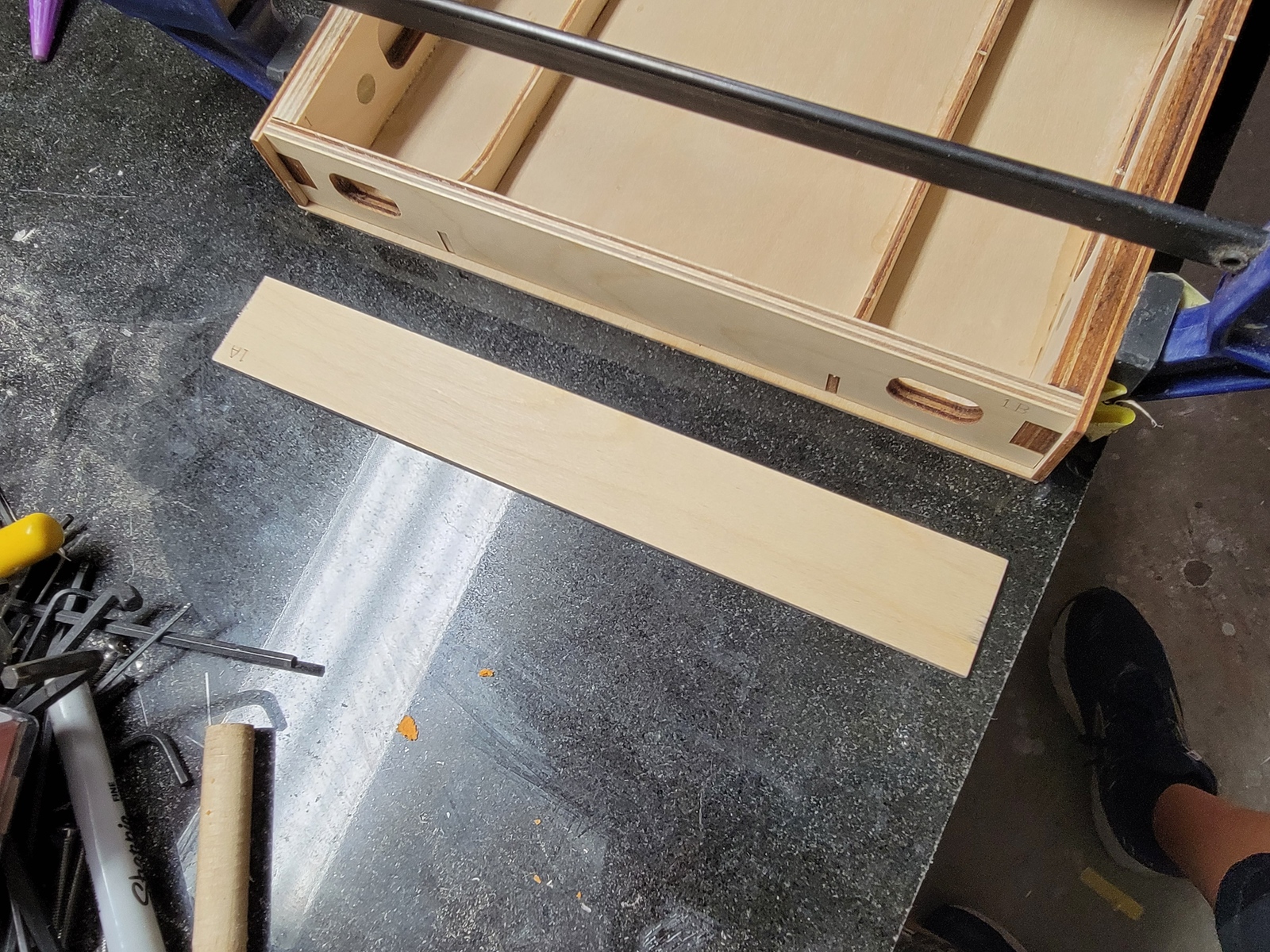 That concludes last nights work, now I have to slow down, and figure out how I want the cowling to fit. The center section top deck is just laid in place to see how the openings will be for the future cowling:

Not that anyone is really looking at this anymore, lol, but I was able to make a canopy plug, and will make the mold maybe over the weekend. I started with a piece of plywood, and foam, and this was the end result! Pretty happy with it. Cant wait to see how it looks on the finished boat. More soon, Mike 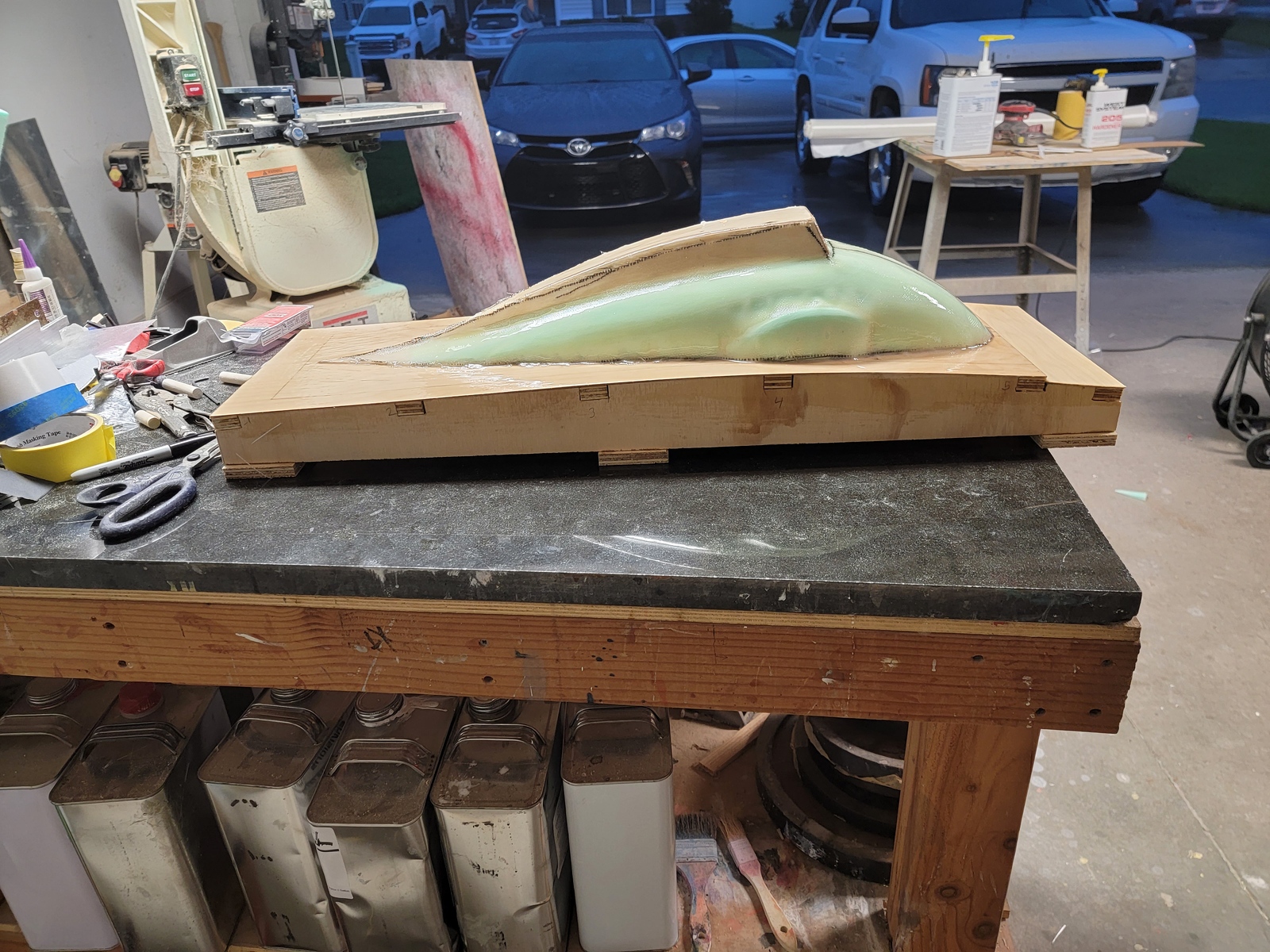 And skip ahead, after putty, sanding, primer, etc, the finished plug! 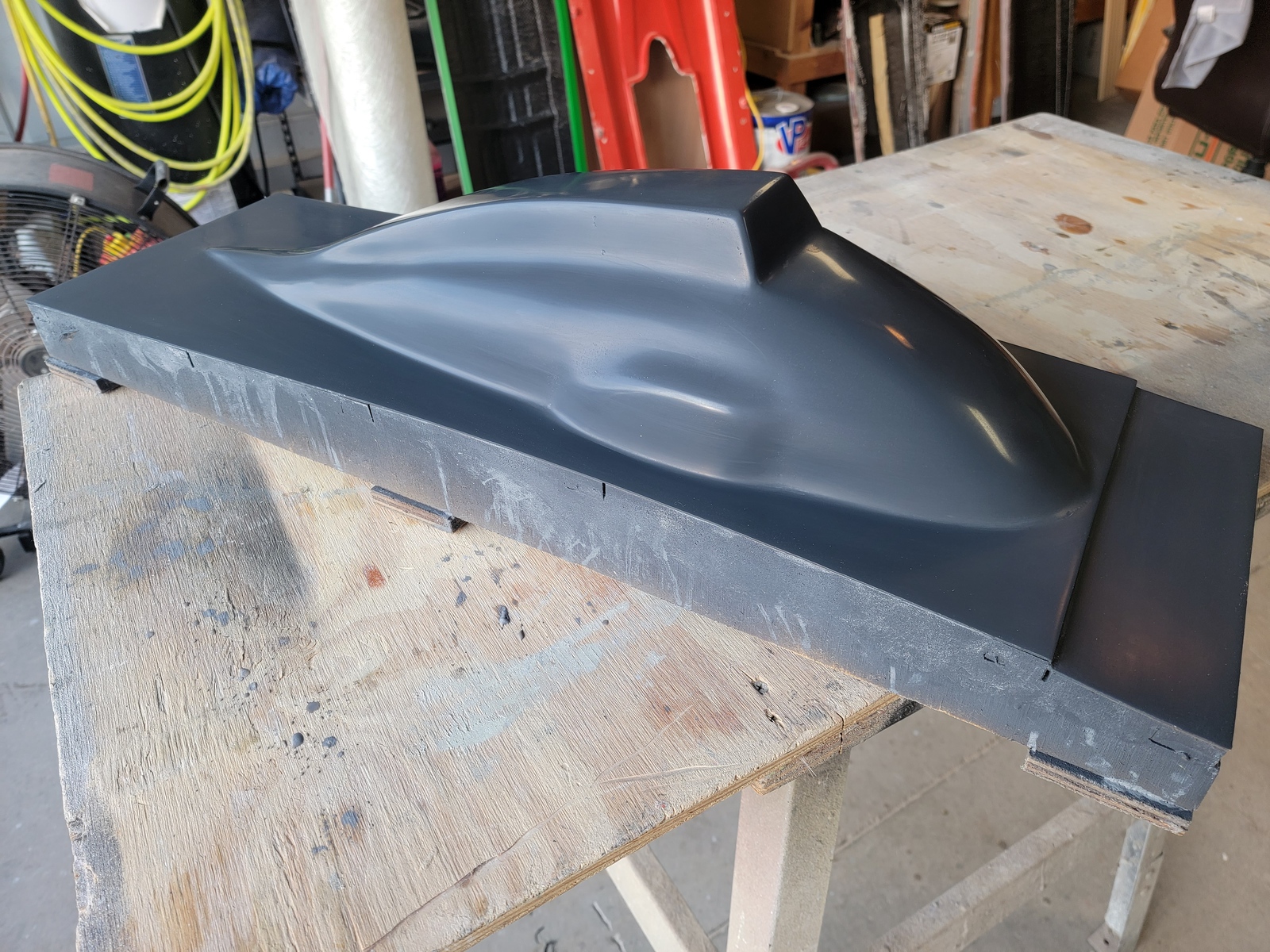 Really happy right now! Mold was finished, and this is the first part from it. This thing is looking good. The hull will require a 2" offset header as I opened up the cowl in the exhaust area, and that will give plenty of offset. More soon, Mike 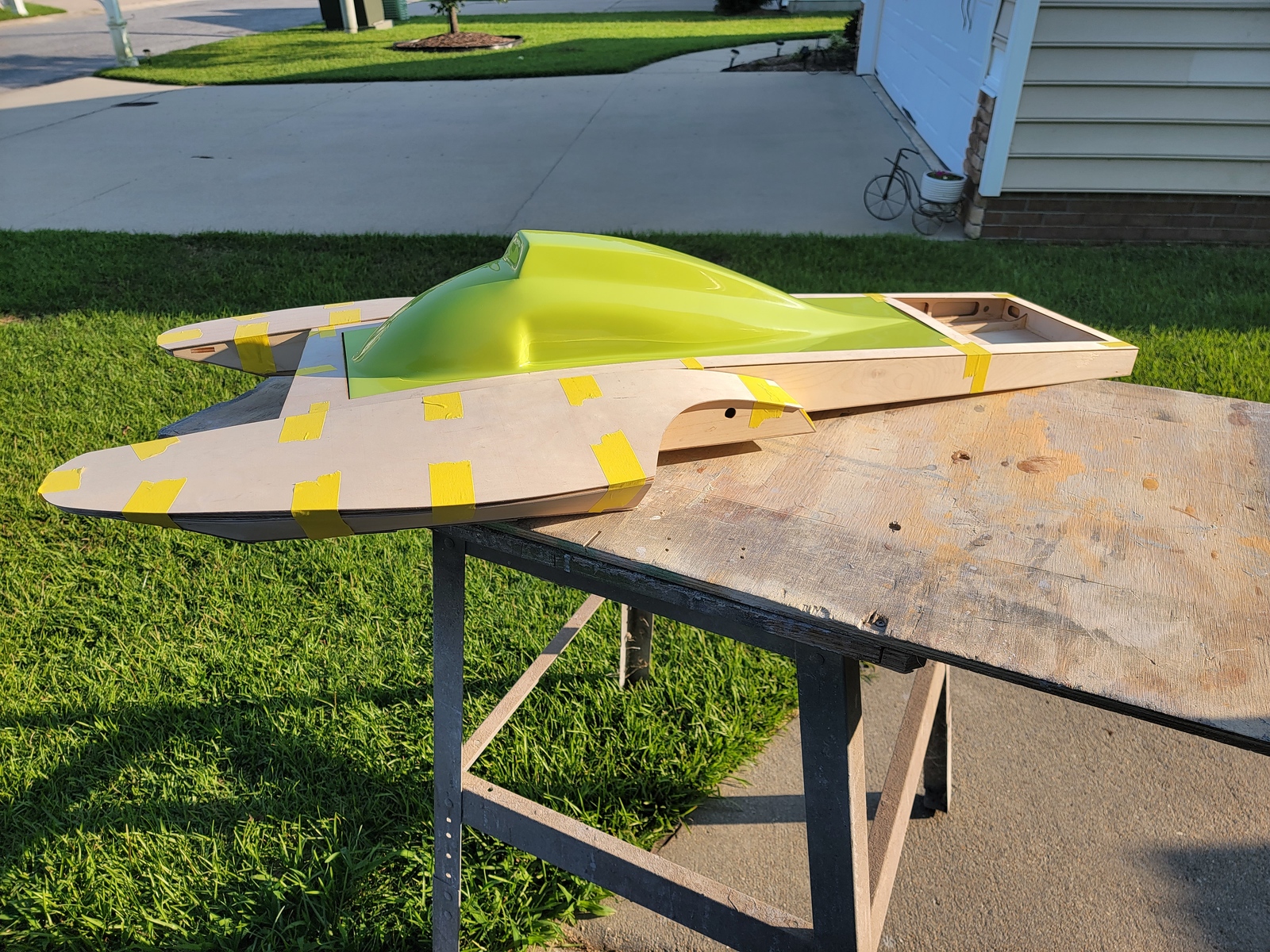 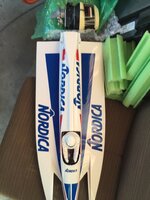